I have driven almost 10.000 km with the rental car over the last two months. Fortunately I had a contract that wouldn’t charge for mileage. I am now in the St. John’s area from where I will board a plane to go back home on August 16th. 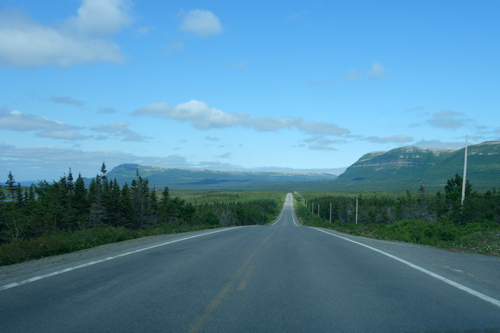 The 10.000 km mirror the character of this trip that was so different from all my working stays abroad before. So far, I had done classical residencies where you are based somewhere even if you travel from there. This time there was no base – or rather the whole island of Newfoundland was the base that was to be explored, tracing its paradise-like beauty and stories related to Vinland. It is certainly more stressful – the unpacking and packing of equipment and clothing alone, not to speak about the ever new sleeping conditions. Motels and hostels built entirely of wood aren’t the most relaxing places for the light sleeper that I am. I guess, I am definitely more the cabin or cottage person, and I would love to call one of those my own in Newfoundland one day. 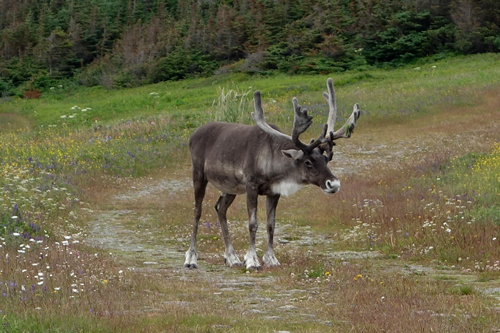 Towards the end of the big travel loop I could actually stay at the little cabin in Terra Nova National Park for three nights that had been my home base 4 years ago (see blog entry ‘Terra Nova – Newfound Land‘ from 2011). That was a big relief and brought back nice memories too, and I am really thankful that some friends from the Parks Canada staff made that possible! 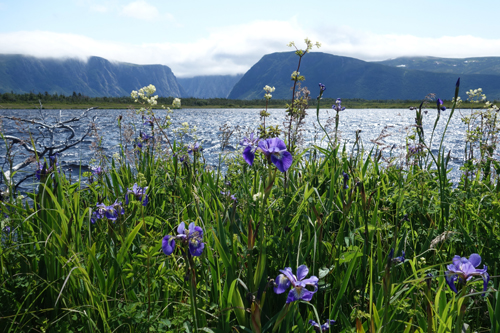 Right now, I am staying in Pouch Cove at James Baird’s house. And although I am moving back and forth between a beautiful private guest room and a couch in the living room as I am not Jim’s only guest, I am enjoying the nice atmosphere (and the stunning view from all rooms in the house). Moreover, I like the idea, that this mega trip finally leads me to the place where it all began: It was Jim and his Pouch Cove Foundation who brought me to Newfoundland in the first place for a 2 month residency in 2007. 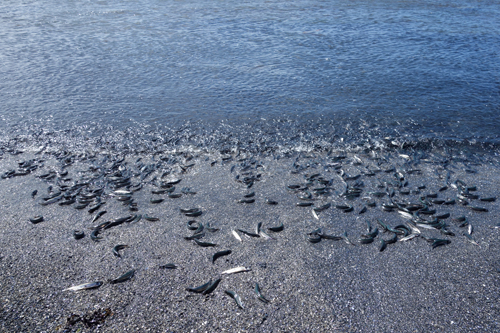 The constant travelling also kept me from processing the footage I was collecting in any manner. Now, there is really a lot of work to be done to further advance the  project towards an actual outcome which I imagine to be an artist book and a series of prints – (metaphorical) heaps of photos and hours of audio recordings have to be reviewed before I can even start with the creative work. But these are no complaints: I would rather collect as much footage as I could while on site in Newfoundland than spend my time reviewing and processing the material, and I am actually quite satisfied with what I have in my archives right now. 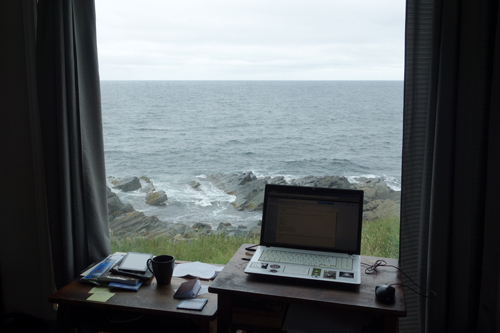