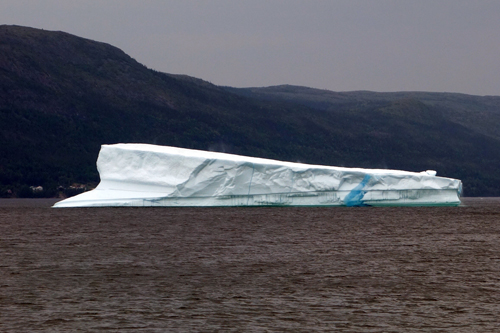 The four weeks on Fogo have passed very quickly, and I have just spent another week in Corner Brook on the west coast; the photo above was taken on the way here. I have been staying in one of the Grenfell Campus Summer Accommodations, which are student homes during the semester – a real plain and functional place indeed. 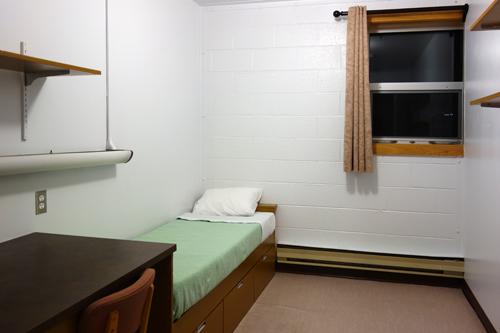 My project is evolving – and evolution is the right term to describe its dynamics: Although I have a rough concept and some key locations and ideas in mind, I am also driven by coincindences and unexpected encounters:

I came across a winery in Twillingate which has produced the very first Newfoundland grapewine ever in 2015, made from Concord grapes grown in someone’s backyard in St. John’s. Or should I say the very first modern grapewine? Remember: Vinland means Wineland… And guess what name they have given to that wine… 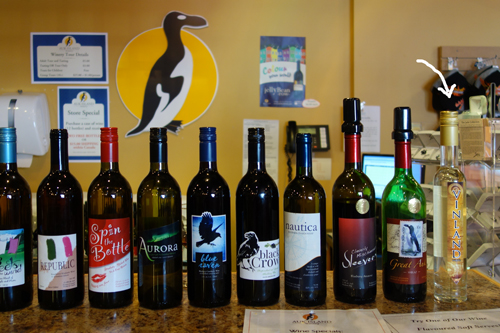 'Vinland White' on the far right

It tastes actually quite sour but not too bad, and is produced like berry wine, where the whole berry is fermented and only squeezed at the end.

On Fogo I heard saying someone had found a carved stone with rusty spots which doesn’t look like anything one has seen before. And the next day I am having tea at Mudder’s with the mayor of Fogo who takes care of the stone and makes sure it isn’t destroyed by scientists trying to examine it. He also found the slag from melting bog iron in his garden – an artefact also found in L’Anse aux Meadows and typical for Norse ship repair… 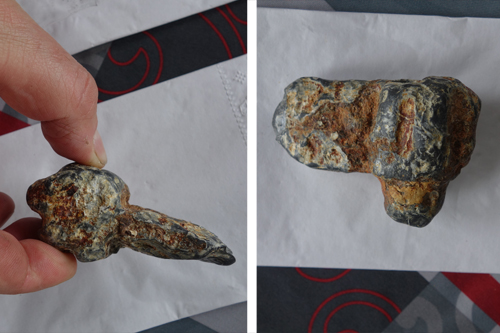 Arriving in Corner Brook I was told to drive out to Lark Harbour at the southern headland of the Bay of Islands, as it is not only very beautiful by scenery, but in 2008 an Alien/Viking moving has been partly shot there (Outlander). The scene was meant to look like Norway, and the director had his scouts looking for locations all over the world, finally rejected suggested sites in Britsih Columbia and New Zealand – and chose Little Port / Lark Harbour, Newfoundland. I talked to a local who was involved in the shooting by operating the fog cannon from his boat to create the right mystic settings for the Viking ship to emerge from. He feels much more related to the Norse history of Newfoundland – evident since the discovery of a Viking site in L’Anse aux Meadows in the 1960s – than before. So (science) fiction and real history become intertwined. 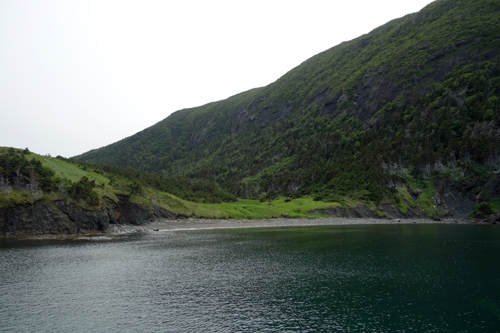 After the radio interview I did on CBC Newfoundland and Labrador three weeks ago, someone contacted me to tell me about some strangely arranged stones about a 3 hour hike from his hometown on the Isthmus of Newfoundland, and I hope to meet up with him when I come that way. I sometimes wonder: What do people see in me? Do they think my work would promote their Vinland theories? I am actually always trying to be very clear when I introduce myself and the project as a collection of facts and fiction, tracing the fascination exerted by the Vinland legend in modern Newfoundland…

And there are more Vinland related encounters and stories – already, and yet to come I guess. 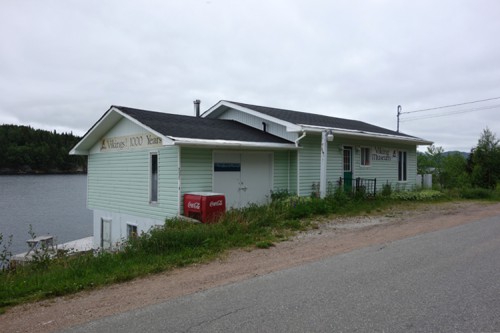 Kent Budden's Viking Museum in Sop's Arm, operated until his death in 2008 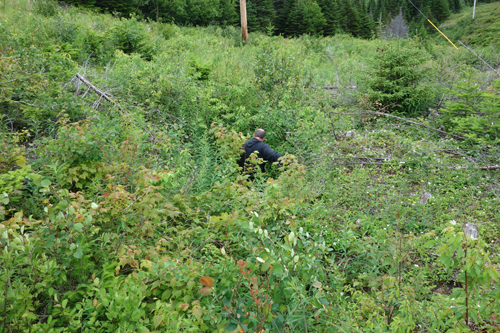