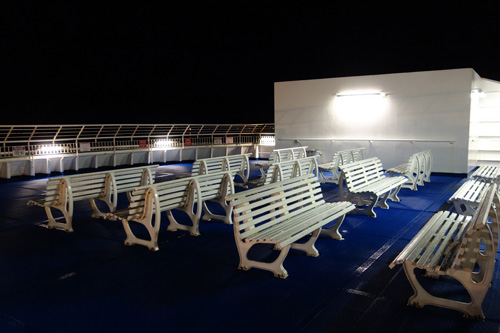 Sun deck of the night ferry from Nova Scotia to Newfoundland

The first 15 days in Canada have passed like nothing – and yet my head is spinning from all the things we (my partner Robert is with me for the first 5 weeks) have seen so far… Meeting Dr. Birgitta Wallace and her husband Rob Ferguson who is also an archeologist in Halifax was a beautiful and extremely enriching experience. Talking to Birgitta has actually inspired new perspectives onto my current project. We have then taken a 6,5 hour bus ride to North Sidney to catch the ferry to Newfoundland. Considering the seafaring context of my project I thought it was really appropriate to go there by boat, and so we arrived at Port aux Basques at the Southwest end of the only highway crossing the Island of Newfoundland. Another bus ride brought us to Deer Lake where we took a rental drive into Gros Morne National Park. The heart of the Park are the tablelands that resemble Norwegian Fjord scenery and must have looked familiar to Norse explorers around 1000 AD… Gros Morne was only a stop-over on our way to Fogo Island on the eastcoast for now though. I will be back there later in July. 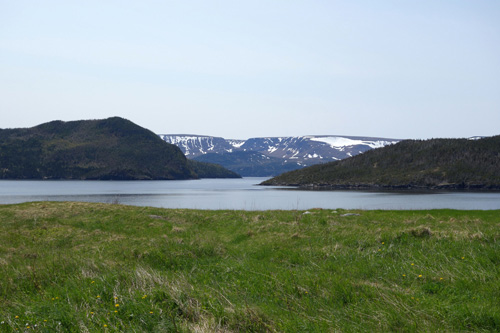 Tablelands in Gros Morne National Park at the westcoast of Newfoundland

On Fogo we stay at the same place as three years ago: The saltbox-style Reardon House from around 1860. It is a paradise-like place on green meadows and overlooking Sandy Cove. Beside the sheep we also have a fox family living with us on the same patch of land… Across the bay you encounter caribou now and then, and it is iceberg season too: We can see them coming down with the current from Labrador and hope that sooner or later one will be caught in a nearby bay. 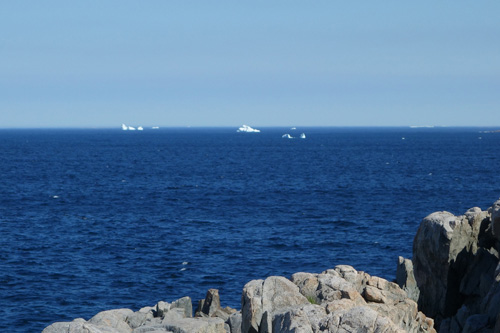 But even here, time hasn’t stood still and also unpleasant changes have occured like that new 3-storey house in Sandy Cove, actually a protected area, which seems to be totally out of scale… 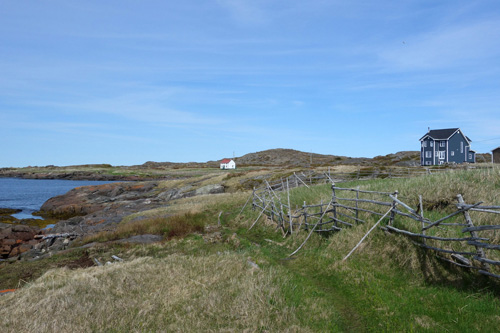 My work is progressing only slowly – the situation without internet at the Reradon House, which has been more than fine during my last stay, feels now a bit uncomfortable. For the current project, getting and staying in touch with people around the Province is simply more important and I spend much time sitting in the car in front of our neighbours houses with my laptop to get their wireless (which they offered us to use of course…). But being back on Fogo and in Tilting is so wonderful and everybody is so kind and accommodating that we feel much at home and enjoy ourselves a lot in this beautiful scenery.

In July, after driving down to St. John’s to bring Robert to the airport, I will be back at the westcoast and finally drive up to the Northern Peninsula, where I will among others re-visit the Norse site in L’Anse aux Meadows and take the ferry to Labrador for the first time.