Another sunny day in Graz! It’s end of October and we still have over 20°C down here (‘down’ south compared to Dortmund…). In fact, I hardly had any rainy or foggy day here so far – or say maybe three in total. It still feels like an Indian Summer… 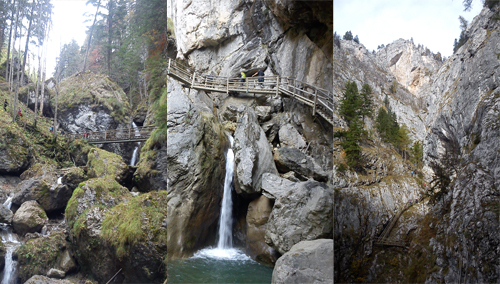 Yesterday, RONDO’s 5th floor (that’s where the guest studios are) made a trip to Bärenschützklamm in Mixnitz, about 35km north of Graz. It was a crazy climb up and down the mountain and had we known in advance what to expect we might have stepped back (rather having a Sunday’s stroll in mind). But as it is it was absolutely amazing and I am really glad we did it! We saw two ibexes right next to the trail! 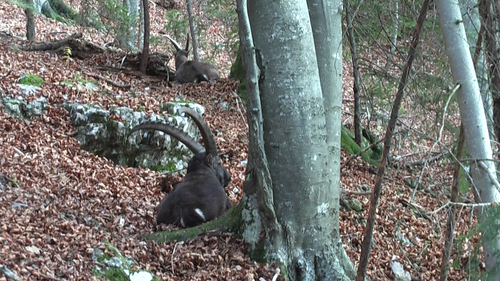 Thursday till Sunday, the Elevate festival was running, reflecting the question of Open everything? in our globalised world. Beside a rather entertaining panel session on knowledge, power and empowerment I attended a workshop on how to trace and possibly minimise my digital shadow in the web which was really rewarding as it gave me as a layman in this field a first insight and practical tips as well. You may not be able to control everything without a deep dedication to the subject but you can indeed start to be less transparent for others without much effort. Take a look at the Me and My Shadow website.

Two weeks ago I went to and up Schöckl, the so-called Graz home mountain (almost 1500m high). Unlike many others who climbed the 650m from bottom to top I took the ropeway. With all the sportive Austrian families and the various Jausenstationen (typical lunch taverns) up there I thought that indeed what Fløyen is for the Bergen locals, Schöckl is for those from Graz (see posts from Norway, early 2012). 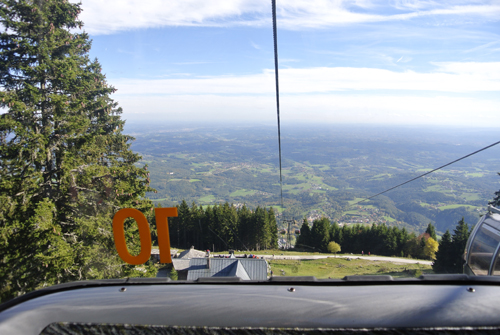 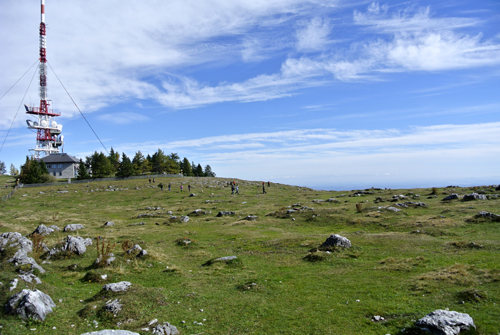 Work progresses slowly but constantly. I am still in the phase of thinking about which content exactly I want to include and how to visually implement it but I have started testing and experimenting with the footage collected so far. But some of what I imagine to be the most exciting places for the project – as the Institute for Cell Biology and Embryology and the depots of the Natural History Museum – I couldn’t visit or work at yet due to bureaucracy or packed timetables of the responsibles. I really hope it will all still work out while I am here. Time seems to… well, not run but to flow quite decisively. 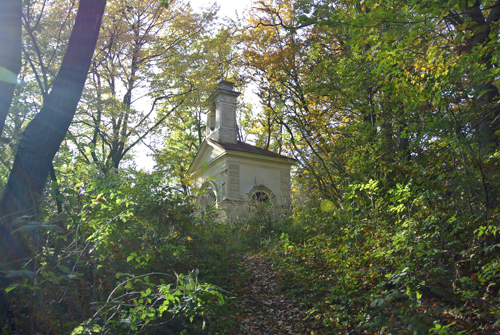 Last week's trip to Ruinenberg Gösting: Cholera chapel, dating from 1833, built to thank for Graz being spared from the epidemics from 1880 and 1882 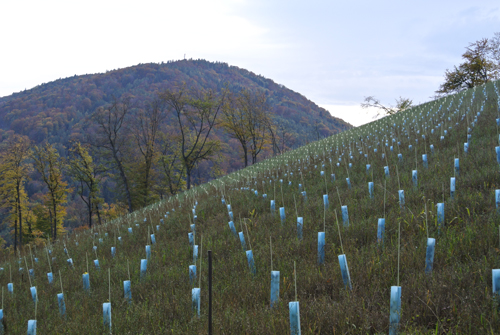 This funny landart has a severe background: 1 hectare of old woodland was cleared right next to the ancient castle ruin to grow vines on top of Ruinenberg Gösting instead that are meant to surround new leisure buildings. After damages due to the lack of protective forest in spring, a re-forestation has now been imposed, but this will hardly be the end of the story...