We’ve been to L’Anse aux Meadows for a week, crossing Central Newfoundland and driving the Viking Trail along the West coast all the way up to the tip of the Northern Penninsula. 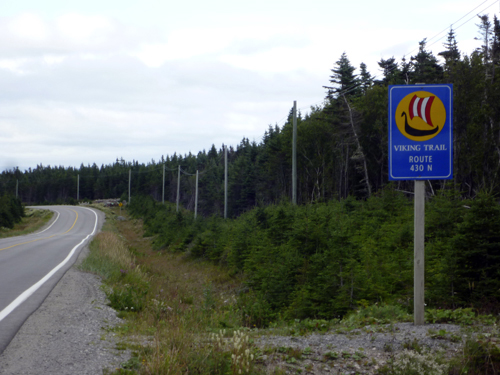 It is in Epaves Bay on the grounds of the village L’Anse aux Meadows that Helge and Anne Stine Ingstad discovered and excavated a Norse settlement dating from around 1000 AD in the 1960s, which in 1978 became the first UNESCO World Heritage Site. The site and the artefacts found there give evidence that the journeys to Helluland, Markland and Vinland – about 500 years before Columbus discovered America – which are described in the Norse Sagas are not merely legends but facts. The encounter between the Norse and the Natives here or near here completed the circle of mankind around the globe. 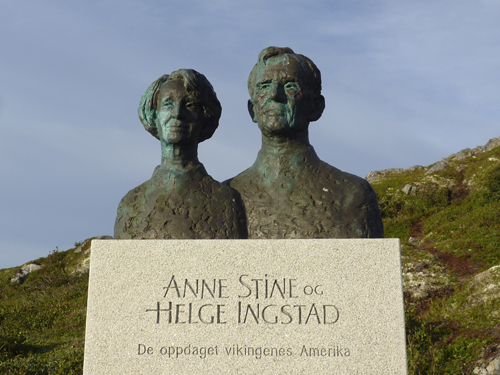 the busts of the Ingstads at L'Anse aux Meadows: overlooking the site and facing East; the inscription is in Norwegian and reads: The vikings discovered America

This unique event is mirrored in the scenery at L’Anse aux Meadows: It is a place where you find sandy beaches next to high cliffs and the geography is such that you can easily see the sun rise and set over the sea. Standing in Epaves Bay one is looking at a diversity of smaller and bigger islands, the most prominent being Belle Isle at the horizon. Across the Straits one can make out the shores of Labrador. Besides the fact that the Norse could easily land in this bay where a brook provided fresh water and where woods grew in the hinterland 1000 years ago, it must have been this particular scenery that made the Norse choose this place as they navigated by landmarks and could thus most precisely describe how to reach it to those who might follow. 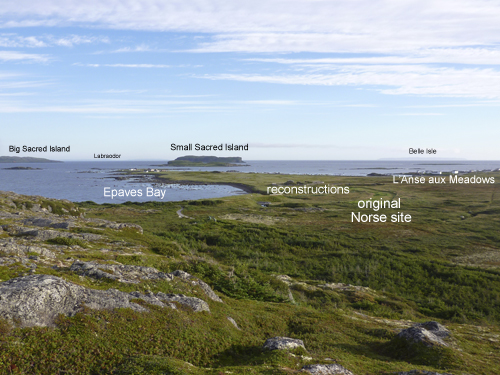 It is the combination of my long anticipation, the scenic uniqueness of the place and its historic siginficance, paired with the remoteness and the consiousness of the navigational importance on a global level today which created the special feeling I have for it now. It might sound pathetic but I think that being there changed me, my perspective of this part of human history. I feel privileged I could finally experience the place where Leif Eiriksson landed and built a first camp for further exploration after travelling to it for so many times in my mind during my theory based research. 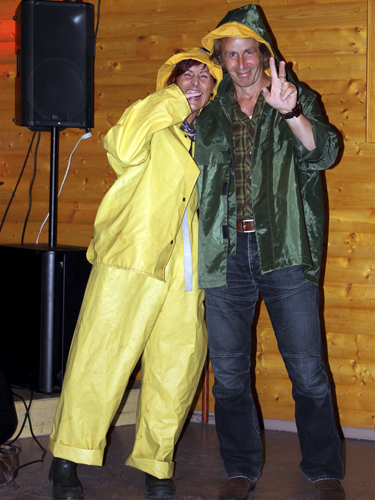 screech in at Skipper Hot's

The deep impression is enhanced by the nice encounters on a personal level: The local fisherman David Bartlett who took us out with his boat to make recordings that are supposed to reflect the landing on the shores of the New World was not only a perfect guide and navigator but became a new friend. And on the occasion of an evening with live music at the Skipper Hot’s we were screeched in: after a special ceremony we were handed a certificate which declares us honorary Newfoundlanders.

Back on Fogo and sitting on my desk overlooking Sandy Cove, L’Anse aux Meadows is on my mind.. 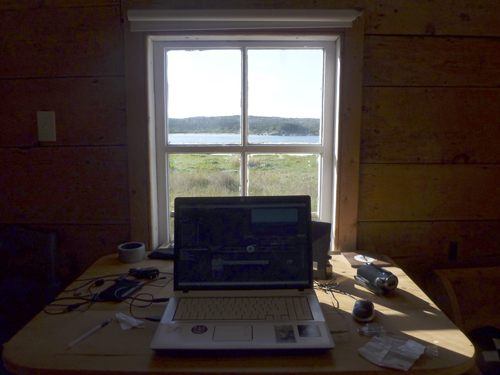 my desk in the Reardon House in Sandy Cove 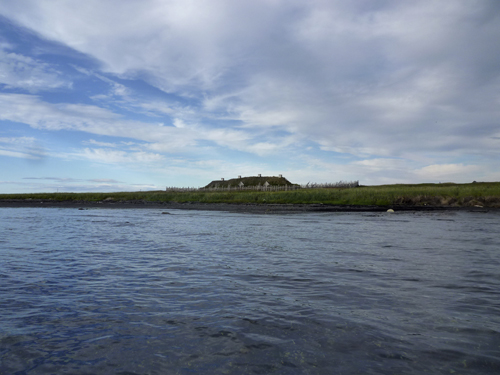