Canada: Back in Newfoundland 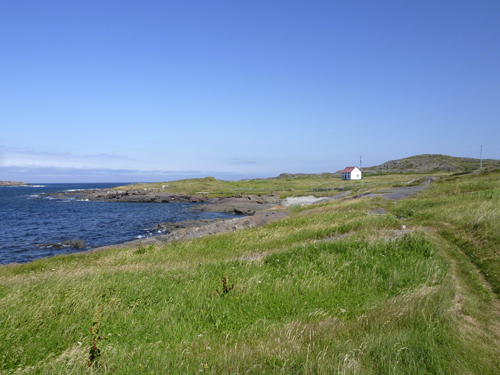 I am back in Tilting on Fogo Island, Newfoundland. I have been visiting this place for a weekend coming from my last year’s residency at Terra Nova National Park and am really glad to be able to spend more time at this remote place that is moreover the ideal location to complete a work the idea of which arouse last year and which I have started realizing during my residency in Ireland earlier this year: The title is face to face and it deals with the geographic connection of Ireland and Newfoundland represnting the Old and New World whose western and eastern shores respectively lie facing each other across the North Atlantic. In fact, the distance from Kerry, Ireland to Fogo, Newfoundland is the shortest there is between Europe and North America.

face to face across the Atlantic: Ireland and Newfoundland (map by Google)

So, I am continuing and completing what I have been doing in Kerry: filming the horizon towards the direction of Ireland. The sequences show nothing but the sea and the sky and could actually be taken anywhere. The finished work that will combine the opposite views across the ocean relies on the trust of the viewer that I have indeed travelled to both locations and the imagination that by watching the result he or she is able to cross the Atlantic him or herself. 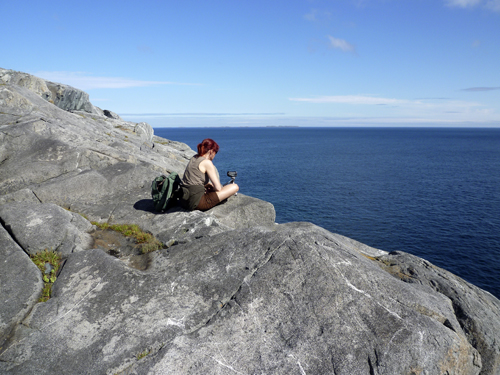 at work ; photo by R. Barmeier

The residency in Tilting will be interrupted for a week when I will travel to L’Anse aux Meadows on the very northern tip of Newfoundland about 800 km from Fogo. It is another work which I have begun in Norway at the beginning of the year for which I hope to collect the completing footage over there: on to vinland is about the vikings’ journeys across the North Atlantic around the year 1000. Their landing on the shores of the New World and their encounter with the native Indians completed the encircling of the globe by human kind. The only evidence for the vikings’ presence in the New World today are the excavations of a few buildings at L’AM.

For the first time I brought my boyfriend on a residency. What is holiday for him is still meant to be a period of focused work for me. This is possible only beacuse I have a clear idea of what I want to achieve during the weeks to come as the projects I am working on are well defined – which doesn’t mean I wouldn’t be open for unexpected inspirations as well… 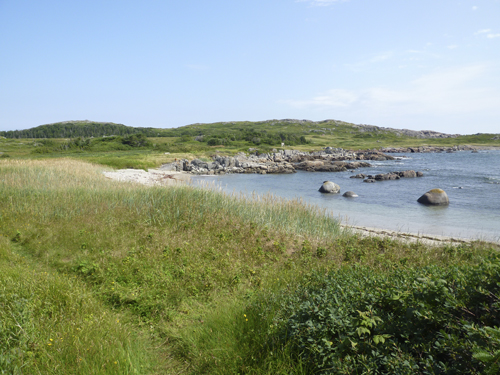 We are staying at the Reardon House, a historic salt-box-style building in Sandy Cove just outside Tilting. As I write I am looking across the cove and at the beach which is part of my daily hiking route to Sandy Cove Head lying on the opposite end of the bay from where I take my images across the sea facing East and slightly North – towards Bolus Head where I spent most of my time during the residency at Cill Rialaig, Kerry. My only concern right now is that the weather is too good: clear blue skies over the sea horizon can quickly become boring in a video sequence…