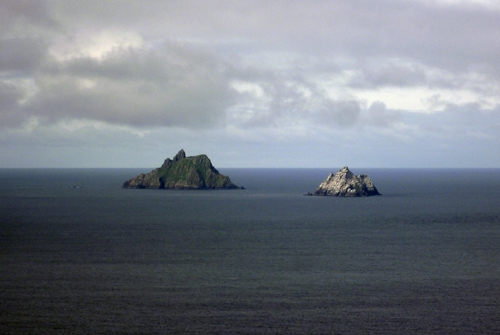 Skellig Michael (left; Little Skellig on the right) is more than 200m high.

The Residency in Cill Rialaig, Co. Kerry, Ireland is called an artists’ retreat – and a retreat it is: I almost feel a bit like one of those monks that around the year 500 lived on Skellig Michael, a steep, rocky island 14 km off the coast from my filming spot on Bolus Head. Not having a car nor the internet (I am writing this post from a gallery in town, 5 km down the road), my daily activity is dominated by the 10 km return hike up to Bolus Head and making a turf fire when I get back home. 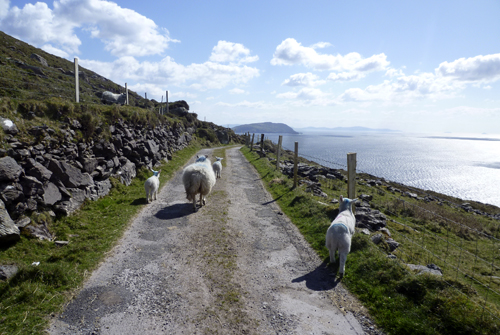 I am filming across the ocean in the direction of Newfoundland from the spot that I found to be its direct opposite across the Atlantic: Bolus Head north of Ballinskelligs Bay. And I got the confirmation that I chose the right location for my project when I recently learned that it was exactly from here that the first transatlantic telegraph cable was launched into the sea to run from Ireland to Newfoundland. I am going to Newfoundland in August to collect the respective footage looking back to Ireland from there. The finished work will be a video installation meant to visualize the connectedness of Ireland and Newfoundland – representing Old and New World – through their locations on opposite sides of the North Atlantic. 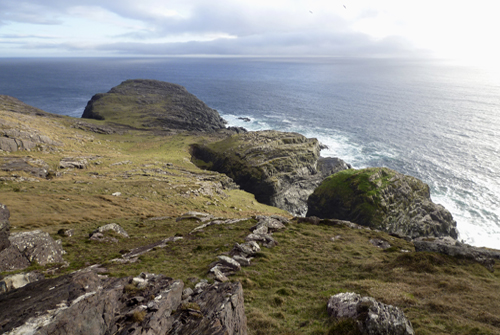 On Bolus Head I came across another WWII relict: some concrete look-out barrack just beside an older ruin on top of the hill and facing into the same direction as my camera. After similar impressions from Norway, it now becomes obvious that many of the most prominent spots of the western coasts of Europe are occupied with those relicts of war architecture. But today the barrack gave me some shelter in a sudden storm… 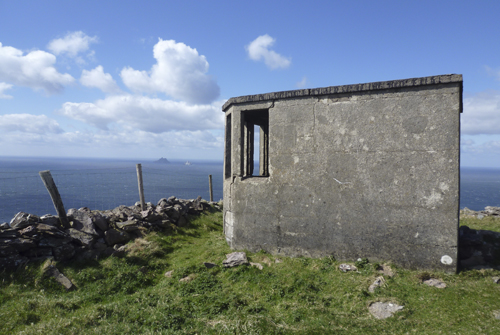