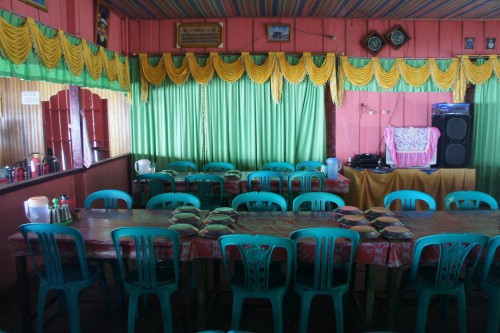 31. 1. 2012, Poso, Indonesia
Entering a new land, i never visited Indonesia before, except Bali, but that´s a different story. Poso is a small town in central Sulawesi, it became famous for the riots in the streets 10 years ago, between Christians and Muslims. 1000 people got killed here in a very short time in this local conflict. It could be stopped, before it flooded the rest of the country. Indonesia is a complex mix of many ethnic groups, mostly Muslims centered on Java, but also Hindus on Bali, Christian on the Moluccs, on Flores and parts of Sulawesi, Chinese everywhere, Papuans in the east, and lots of other groups, sea gypsies, animists etc. They are united by a more or less brutal and corrupt government with a high presence of military in all the conflict areas. In their transmigration programs they destroyed a lot of local powers and identities, people from overcrowded Java where settled in all areas of Indonesia. In the case of Western Irian, the west of Papua, this political strategies came to the level of a genocide. Since their occupation in 1992, signed by the UN, the indonesians army killed millions of people in West-Papua. Before that time, Papua was still a dutch colony, and the dutch just had started a 10 years program to let them to their independence. In that time, indonesians president Mr. Sukano became good friend with Russia, and the US under J.F. Kennedy were not very happy about this. They wanted to get Indonesia back on their side, and a big present should convince Sukano easily, West-Papua, with just discovered recources of oil, gold, cuper etc. The New York agreement, organized and directed by the UN, settled everything, and the dutch had to leave the country in just a few days. Part of the New York agreement was, that the Papuans got the right to choose after a time of 5 years, if they would like to be part of Indonesia or not. But than, the indonesian military arrived, and the killing started. And no Papuan was ever asked anymore what they like or not. Until today, Papua, is an for visitors mainly closed zone, in the hand of the indonesian military, international mining and logging companies and private security services. 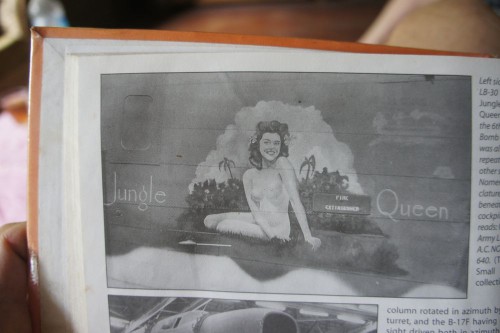 3. 2. 2012, Kadidiri Island
From the still picture to video and back to the picture. Longing for doing paintings again, painting as body work. You cannot do this with a computer. Thinking again about action painting, and it´s reflection, experience from ecstasy.