Last weekend I headed to see the open ocean which from Bergen is hidden behind a row of fjords and islands. After quite a long bustrip through a row of tunnels and over a number of bridges the housing areas and scattered shopping malls finally diminuished more and more and one could experience what I had in mind when I thought about Norway before: a rough landscape with a rocky shore, few trees and even fewer houses… and behind some offshore isles and rocks: The open sea. 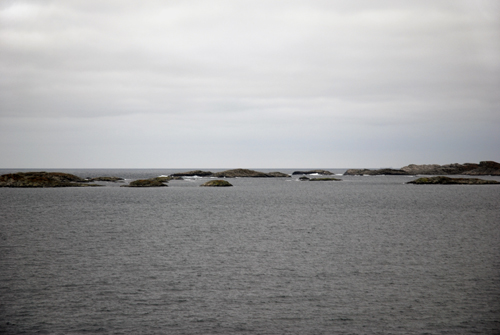 On Sunday I took the bus all the way to its terminal stop at Hellesøy on the Northern tip of Øygarden. From there I took the small ferry called Fjord Express to Hernar (after the mate had to go and get the captain as he didn’t show up for his first and only tour that day…). Hernar is the only inhabitated island among those scattered around: 8 people are living there year round although in summer its population is increasing towards 150. Hernar, remote as it is today, was an important trading station since the Viking age and until the 18th century. Moreover – and this conceptual meaning of the place is the reason why Hernar is of interest to me – for the Vikings, the island played a crucial role in navigation as well: It was one of their most employed points of origin for distance measurements for long distance destinations – point zero to go to the Shetlands, Iceland and Greenland – and then Vinland. 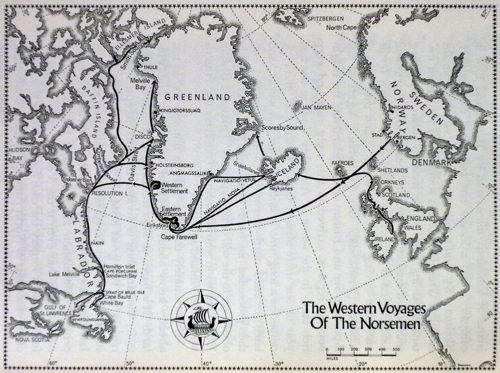 Map from the book The Vikings by Gwyn Jones, 1968

The Viking voyages caught my interest immediatly after arriving when I read in a general Norway guide about Leif Eiriksson as the discoverer of America. I had known about the Norse settlement in L’Anse-aux-Meadows dating from around 1000 AD on the tip of the Northern peninsula of Newfoundland before, but wasn’t quite aware of its connection to Norway anymore before coming here. Because although Leif was born on Iceland and moved to Greenland with his family later on, his parents were of Norwegian origin. 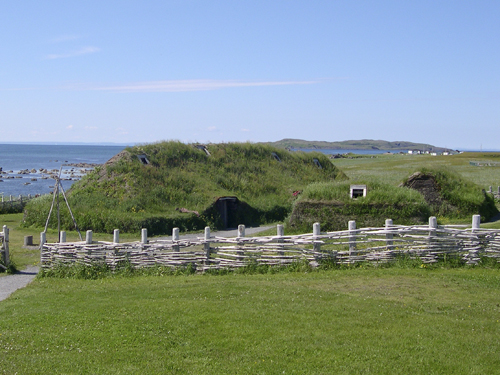 Authentic recreation of a Norse long house at L'Anse-aux-Meadows, photo by Dylan Kereluk

So, again my thoughts are travelling across the Atlantic to Newfoundland. I only expected this to happen when going to Ireland to another residency right after this one in April, where I plan to realize a ‘cross-oceanic’ project. It seems that geographic connections and travelling itself become more and more not only the framework but also the subject of my work…