Time is running – more than half of my residency is already over, not even three weeks left… I have been so busy collecting footage that I lost the actually work to be created somewhat out of sight. Now I have to sit down and screen and sort everything I have to get a more concrete idea of what I want to do with it. It is hard though, to sit down at the computer whith this stunning country right out there, just waiting to be explored – which I am now finally able to do: Since last week I have car at my disposal! Park Warden and Biologist John Gosse gave me his old truck which he wanted to sell anyway, doing this just four weeks later now. It makes a big difference – thanks John! 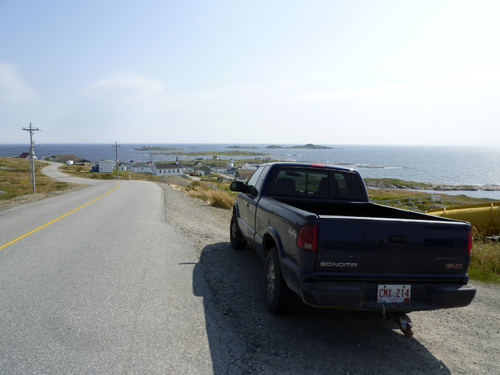 Even though I do not make really big tours as I actually prefer to better get to know my closer surroundings than getting lost in trying to see as much as possible in a restricted time period, I discover how diverse and exciting the neighbourhood is: Salvage and Burnside with the ferry to St. Brendans are just around the corner. And yesterday I made a somewhat bigger trip to Greenspond, an island first settled in the late 17th century about 100 km away that is now accessible by car via a causeway – which is the reason it is still settled today and gives a living impression of how life on these islands used to look like hundreds of years ago. From there it is just a short hop to Cape Freels, the north eastern edge of Bonavista Bay. 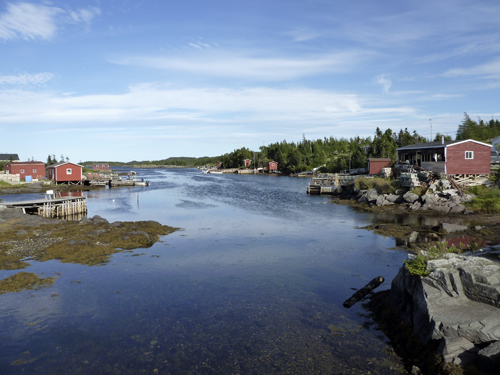 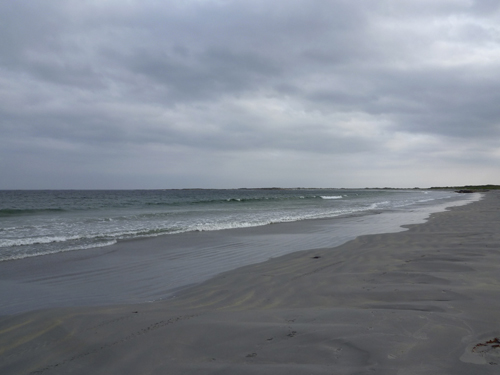 Last week, we made another boat tour: Janet, David and his son Nicholas and I went to Flat Islands where David’s family lived before resettlement in the 1950s. It is a magic place now, a somehow lost, abandoned and yet incredibly beautiful archipelago out of Alexander Bay where time adopts a different meaning and pace. Obviously, it was also the first time that a Parks Canada boat ever went out there at all… 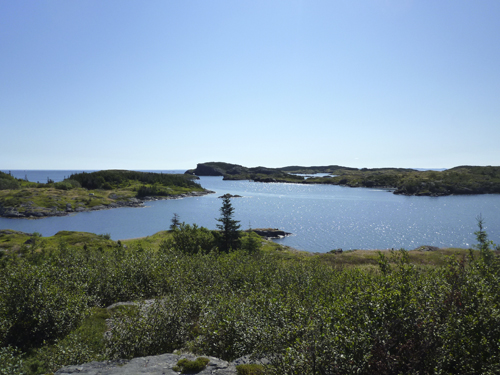