Canada: Wind and water and unspoiled nature – and cars

During the last 8 days I have been out with one (or more) of the boat operators on the Parks Canada boat 4 times – I could get used to it… but I hope I do not as I would miss it like hell back home. And I will anyway, I know this already. I usually sit right on the bow of the 20 ft, 180 horse power boat when I take my video shots and its all sky and wind and water and unspoiled nature around you. Just amazing – and exhausting: I am always tired as can be after such a trip and even after 8 to 9 hours of sleep I awake being still worn out… 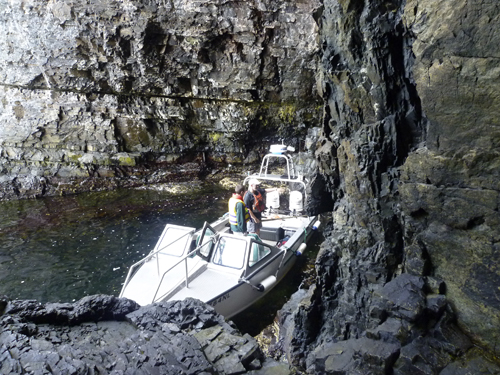 Parks Canada boat in the Dungeon

This is the coast that European fishermen came to for the fishing season since the early 16th century and this is where some of them eventually stayed and settled. The coast of Terra Nova Park today is exactly how it must have appeared to them some hundreds of years ago. The amazing thing is that everybody here can tell the story of their families, where they originated from and on what island they arrived and how they moved on from there until being resettled on the big island of Newfoundland in the 1950s. In every family there seem to be some older members alive that still remember life on one of those islands off the shore – Greenspond, Flat Island, Goosebery Island or Deer Island are some of them. 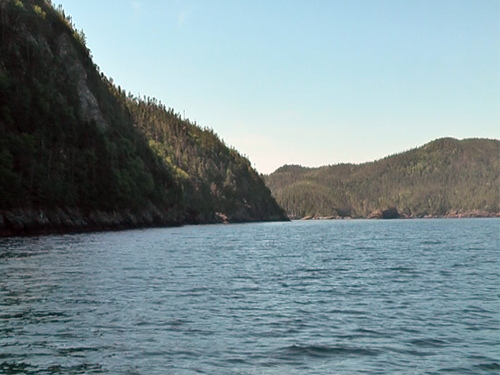 Well, on top of the page of this blog it says it’s a blog on everyday experiences – and boat trips can almost count for that now… But I want to talk a bit about a more profane thing: on site mobility. In the call for the residency it said that a vehicle would be highly desirable in the park. As a rental car for 6 weeks costs a fortune, I was pretty relieved when David Saunders from Parks Canada wrote in an email that I could actually get along without a vehicle and that someone would always take me grocery shopping and all that. And it’s true: everybody is extremely accommodating. And they supplied me with a bike as well. But. Yes, there is a but… Distances – for instance to the next food store – are larger than I had expected. And the terrain isn’t good for biking either – all hills, and steep ones. So I am thinking about buying a car right now, as it would be cheaper than renting one for 5 weeks. A girl from Parks Canada, who is also looking for a cheap car, just to go to the cabin on dirt roads, offered that –  if we found one that suits us both – she would actually put it on her insurance and buy it off me when I leave. But then, a car has to pass an inspection when the holder changes, too, no matter if it is still licensed or not. That’s different in Germany where the TÜV is simply passed on with the car. We’ll see. I might end up renting a car just for a week or two… But it is an issue and the remark in the call was actually expedient.