We arrived in Kunming at 15th of March. Everything was easy from the beginning. Jay Brown from Lijiang Studio picked us up from the airport. We went to the Gallery Nordica to store the exhibition. Luo Fei and Zhu Xiaolin from the gallery greeted us very warmly and we had a nice dinner together. Later we went to Jay`s appartment where we have been staying during our time in Kunming. 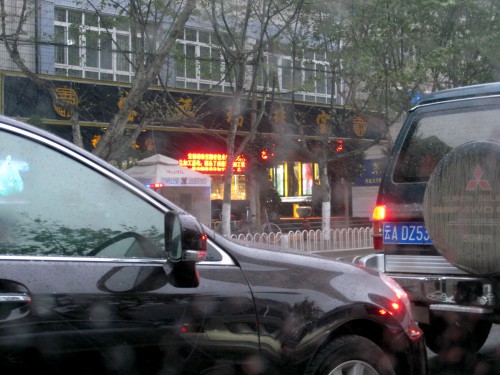 First day in Kunming with snow

Now for some background explanation: In summer/fall 2006 I worked as an Artist in Residence at Lijiang Studio (www.lijiangstudio.org)  for 9 weeks. Jay Brown, the director of Lijiang Studio, decided to set up the residency in the countryside, to bring artists from mega cities to the countryside. Together with Alfred Banze I stayed at the residency in a small Naxi village called Lashihai near Lijiang. Naxi people are one of the ethnic groups in Yunnan. Here we met some artists and also became good friends with the neighbouring family. 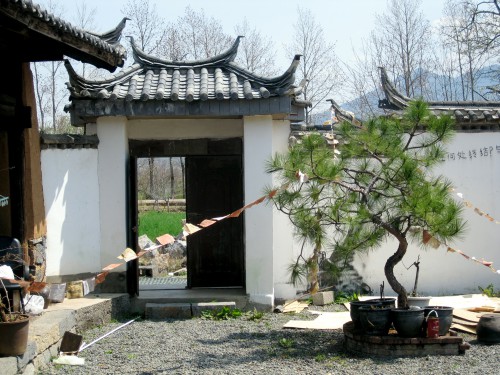 In the yard of Lijiang Studio

The concept  of Lijiang Studio impressed us very much and we organized a culture exchange project called „Another China“, which happened in 2008 in the Kunstverein Tiergarten in Berlin and 2009 in the Meta House Phnom Penh/Cambodia. Jay Brown also supported the Banyan Project in many ways. From working together over the years, we became good friends.

Kunming is the capital of the south west chinese province Yunnan and has around 6 million citizens.  This megacity has changed a lot since my last stay 4 years ago. Many new huge buildings, shopping centres, new cars, better infrastructure, western toilets… and also the people have changed a lot: in fashion, through their behavior, less smoking, less spitting and much more civilised driving.

We got a lot of support, Jay and Luo helped with shopping and the set up for the exhibition. I lost one day setting up because of  health problems which found me in a private hospital called „Richland Yunnan Hospital“ for 6 hours of injections following 5 days of diarrohea while travelling. But we managed the set up very well in a short time and celebrated the opening of the 10th Banyan exhibition on the 18th of March. 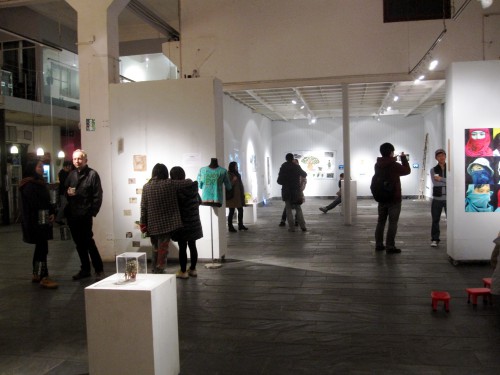 Two days later we went to Lijiang Studio via Dali through the beautifull mountain world of Yunnan. After a break of  almost two years Jay Brown decided to continue the Lijiang Studio Project. We went by car, started in the morning and arrived after sunset. What a happiness to be there again, the neighbouring family around Lao He smiled as we arrived as did our friend William Rahts. He is a photographer from England who lives in Shangrila. He ran a gallery there where I had exhibitions in 2006 and 2007. His second business is construction work and he is still in Lashihai to refresh the studio together with his team. And we met Elisabeth Bond  from London, who had been making woodprints in Lijiang Studio during the last month. It is springtime in Lashihai and we had some brilliant sunny days and blooming trees.

Springtime in the Lashihai valley

We spent one wonderful week in Lashihai, met many people we know and enjoyed the well known rituals and also new experiences and invitations to spaces we didn´t know before.

One Response to Easy going China