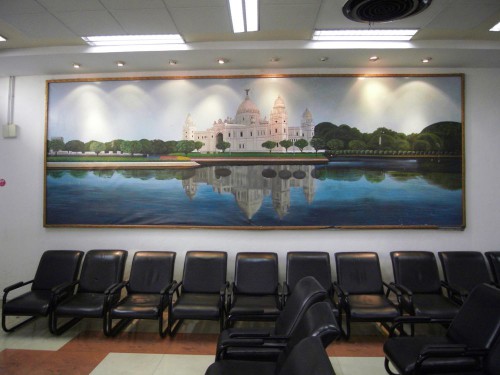 In trance. In transit, ‘artist in transit’ means for me: waiting. From A to B; switching planes or trains; from one meeting to another one; lost in a cultural Limboland transit. This is not Asia, not Europe; this is a new continent that I call “Waiteland”. Some years ago I wrote a song about being in transit, on the way from A to B, but getting lost somewhere on the way, and the beauty of that. This can happen in harbours, in train stations, at bus stops, at melting points of culture. The new 21st Century transit spots look all the same, all like made by the same architect, what was his name? All places offer the same products, foods and atmospheres in processed air condition systems. Like a virus, this system of commercial designed realities replaces more and more of cultural relevant places. Do not look all museums already the same? In Dubai, a new Louvre has been designed, at what price? Big scale conservation projects of regional cultures become more and more projects of national re-definitions, of global cultural cleanings instead of prevention of diversities. It all depends on, which super system you are part of: USA, China, Europe, Sony, Mercedes. 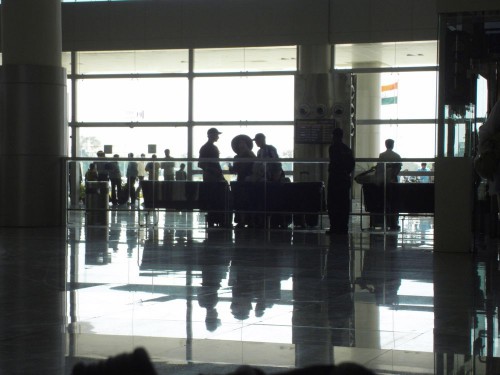 Sport. Football. The World cup 2022 in Doha. I read in an article, that in a way, Germany is the winner of every World cup. Why? Because German companies built most of the big sport arenas worldwide. Directing architect for the Doha event is Albert Speer, son of Albert Speer, architect of Adolf Hitler. Good for Germany? A nice article in the TAZ about the global corruption business in the FIFA: http://www.taz.de/1/sport/artikel/1/nigeria-tahiti-und-die-versteckte-kamera/