14.3.2011 While we suffered with a typical indian diarrhea, we got the terrible news from Japan. I started to write this blog in Japan, while I was staying in Ibaraki province where the Fukushima reactor is. Yomoyama-So, the artspace where I lived, is only 200 km far from the atomic desaster. Absolutely shocked, I sent emails to our friends and collegues in Japan. Fortunately everybody we know is well. I´m feeling very, very sorry for all people who are affected in any way. But I´m also very afraid about the atomic danger for Japan and the world. This should be the best advice also for the German Gouvernment to stop this kind of technology now!

The days before, from 7th to 11th of march we had the 9th Banyan exhibition with a 3 day workshop with 20 students and a some teachers at the Faculty of Visual Arts at the Banaras Hindu University. The exhibition was postponed again and again, so we were stuck in Varanasi, without enough time to travel around in between. We came with a cold in Varanasi and had a rest in this way. 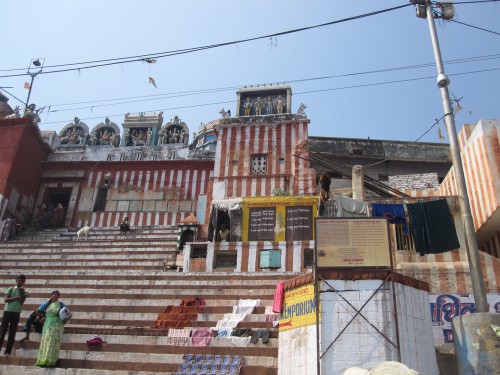 It is an amazing town such as I never before saw in my life: something between the middle ages, 1001 nights, and today. It is a holy town at the river Ganga, (the living godness Ganga) and the town of Godness Shiva. Many indian people go there to die and the dead bodies are burning at the Ganga river every day to interrupt the circle of incarnations. There is everything in beetween: life and death, rich and very poor people, health and sickness, a strange mix in the narrow streets: cars and motorickschaws and rikschaws and bicycles and people and cows and goats and dogs and dealers and mobile dealers and so on. 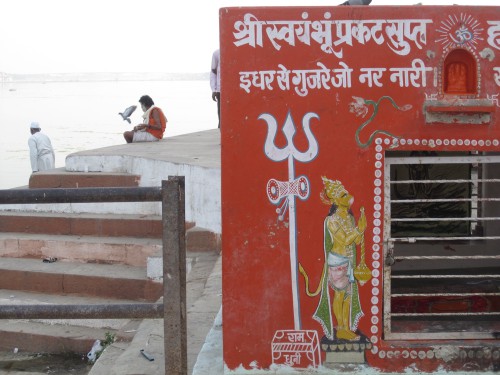 Holy man at the Ganga river

It is very beautiful and very dirty in the same time: nice buildings and temples, small altars on every corner and the beautiful dresses of indian woman and also a lot of waste and shit of all creatures. 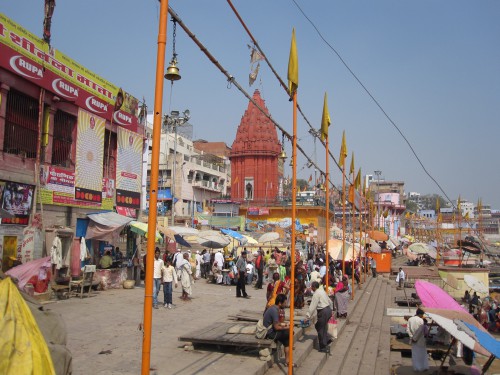 Daily life at the Ganga river

We came by accident to Mahashivatri, the day of Shiva, and this was very impressive for us. In the nights before this day we could join very nice concerts of a traditional, very special sacred Indian music which is very rare these days. 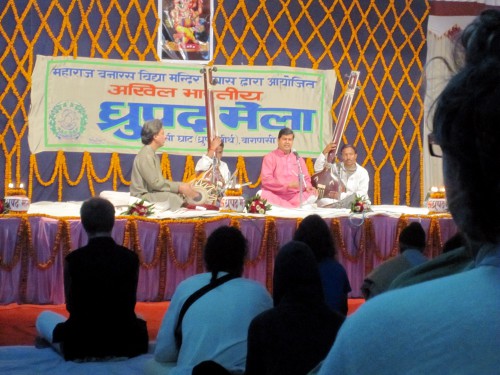 And the night before we realised that thousands of men have a holy run around Varnasi. Most of them were stoned on „bang lassi“ to make them strong and achieve the goal. 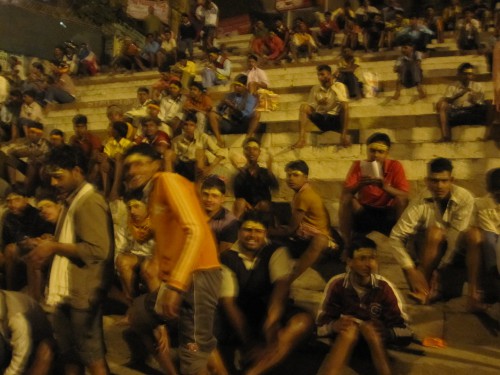 Break during the run

At the day a very special mood was all over the town. It was a lot to watch: many people prayed or made ceremonies, there were also very special silver or golden cars on the streets with music and wild dancing people around, many people had a spiritual bath in the holy river, groups of man made music, and the ghats (the steps at the Ganga river) were full of people. 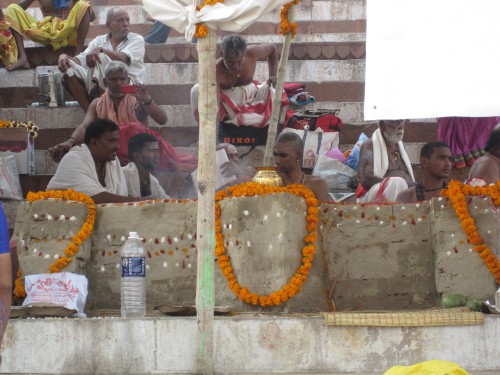 One of the ceremonies

We had some contacts with local artists but it was only small talk. The one who helped us a lot was Suresh K. Nair, he works at BHU and tried to facilitate our exhibition as much as possible. We had again the problem with the hanging system: no nail, no double glue tape. But they have 10 movable walls, and it was alowed to glue on it, so we arranged them in the middle of the room like an organizm and ignored the main walls. I think, we impressed all people with that because nomaly there is an very conservative hanging of the artworks.