New Years Day 2011 and I´m looking back to 2010. It was a great year. We switched into 2010 on the beach of Rarotonga, the main island of Cook Islands. Cook Islands are a couple of islands in the South Pacific with a special political status: independend in free association with New Zealand (people have passports and money from New Zealand). Rarotonga is small, quiet and beautifull. 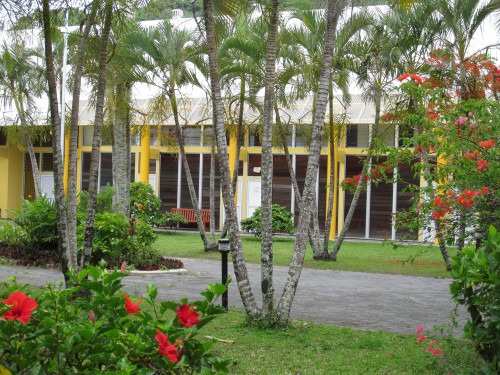 Behind the National Museum Cook Islands 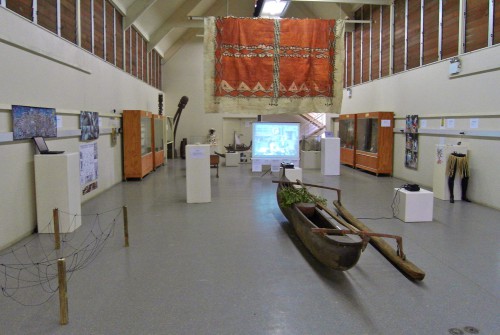 End of January 2010 we arrived the Fiji Museum in Suva on Viti Levu, the biggest Islands of Fiji Islands. Fiji Islands are many big and small islands in the South Pacific, independend but with a lot of international political problems after a military coup in 2006. Melanesian and indian inhabitants live together and they determine the positive atmoshere of the island. The Banyan exhibition was also a great success with a lot of public attention. One of my best experiences I got during the workshop time in February in the Oceania center, an art center in the University of the South Pacific. We worked with more than 15 open minded artists and students in Banyan workshops. After a week in wonderfull atmosphere we got really wonderfull results from the 5 groups. 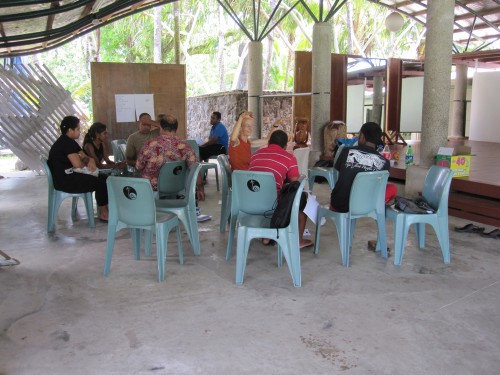 During the workshop in the Oceania Center

After the workshop we visited the artist Josaia Mc Namara (also involved in Banyan project) in his village in the mountains of Viti Levu. The beautyfull landscape and the very simple and calm life there impressed me a lot. 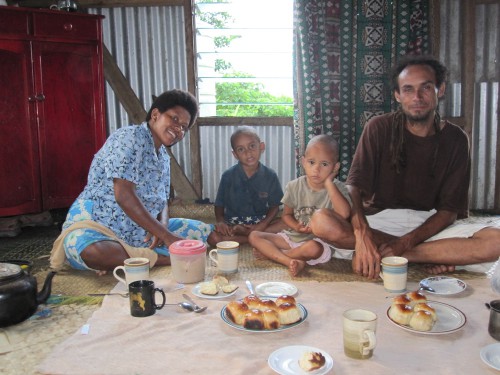 Josaia and his family in his house in the village

Back in Germany there was a third Banyan exhibition in the Kunst Galerie Fürth in April/May, I had some exhibitions and jobs and made a new catalogue about my paintings with support of the district office of culture Berlin Pankow. It was always a lot to do, time was running and after the workshop period in September we went to Japan in September until November.

Now I´m looking forward to the next traveling exhibitions to Thailand, India and China.