Snow in Berlin. My friends in Japan had beans harvest at the same time and prepaired the beans for miso soup paste after. Alfred arrived well in Bangkok yesterday and enjoys the kings birthday party today. Exactly one year ago we had the opening event in the Gauguin Museum Tahiti with the Banyan exhibition and some of my paintings. Some days later we had a second exhibition with workshop in the Centre de Metier d Art Tahiti. 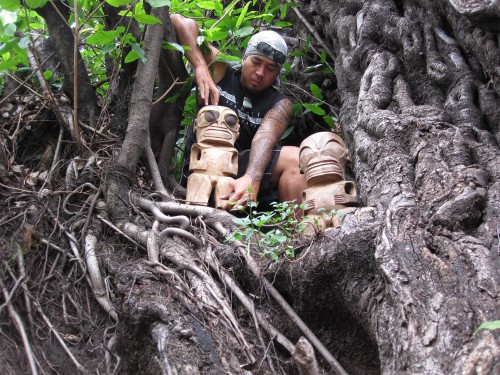 I started to work in international context 5 years ago with a solo double exhibition in Bangkok in the Rotunda Gallery and in the Goethe Institut. It was not easy to organize it. I had good luck, DHL sponsored my art shipping, the Senat von Berlin sponsored the travelling costs and the Goethe Institut supported my exhibitions too. In that time I didn´t know artists in Thailand. I tried to get contact over Universes in Univers, an internet platform about artists in third world countries, but without success. People in the Goethe Institut introduced me to Wasinburee Supanichvoraparch. He studied ceramics in Germany and stayed there 10 years. He´s also an excellent photographer and well connected in the Bangkok art scene. He introduced me to some of his friends and I started to organize the culture exchange project Coming Closer in 2007.

Now, after five years, I know many artists in Thailand. I met some artists in connection with the Banyan Project too and the network growed up every year. But it needs a lot of time to come closer. The highlight was the Banyan exhibition 2009 in the National Gallery Bangkok, also connected with workshops. 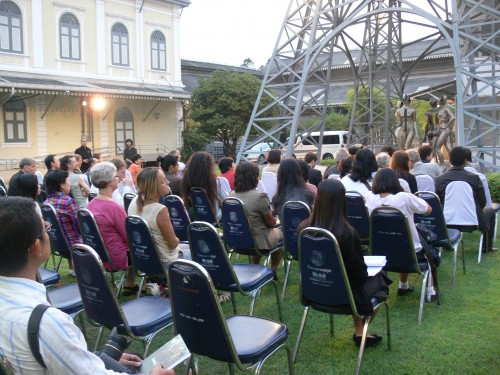 Opening ceremony in the garden of the National Gallery

In the moment we still prepairing the exhibition „Pattern & Signs“ in the Jamjuree Art Gallery (Chulalongkorn University Bangkok) from January 25 to February 6 in 2011. In that 5 years it became more and more difficult to get money for smaller international projects from gouverment programs. It needs a lot of idealism and private money to make this projects possible. 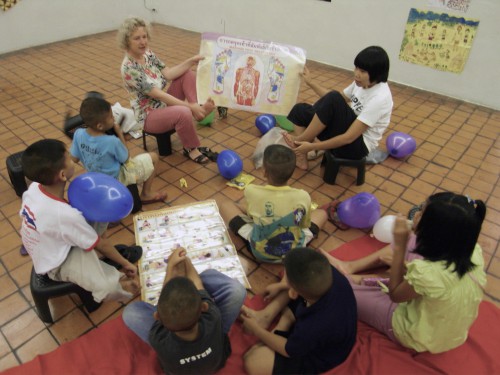