first snow in Berlin.. It´s beautiful, But i´m not built for this kind of weather.. Before I moved here a year and a half ago i think i witnessed snow only two or three times in my life. I´m drinking a glass of red wine in a very cute coffee shop with old pretty sofas and nice dimmed red candle light and thinking about The fact that in 2 weeks from now i´ll began my travels in Asia. This fills me with joy and excitement, especially because it´s going to be 30 degrees outside when i get off the plane in Bangkok. For me as i come from Tel Av iv originally this will be a much more homy climate.

changing location and where i live all the time isn’t the easiest. Every place is a new start, new people, new studio, new house, and as exciting as it is, in some ways it interferes with my art work. This mobility slows down my pace, every time i move to a new place it takes a few months until i get back into a serious working process. The fact that i got “ants in my pants” (as my grandma says) and need to change where i live about once a year hasn’t contributed much to my artistic  productivity, though in a retrospective look upon this last year i actually feel like I´ve managed to accomplish a lot in Berlin: three group exhibitions, a performance,  and the last month i participated in the Berlin art annual fair “Berliner Kunst Salon”. Here’s a photo of one of the paintings in my installation  at the fair. 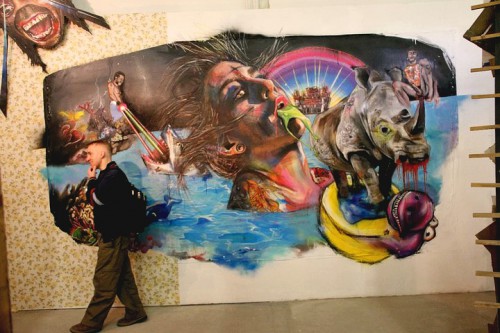 I have to say that from my experience in Berlin the easiest way for me to make good contacts with the “Artsy” people was through the party club scene in town rather than the usual gallery openings art events thing. that i think is because Berlin has a mega party scene and it´s very much in the culture here that party´s are very art involved and with conceptual themes. this attracts many from the art population to go out partying on the weekends which makes it easier to meet. After all- whats a better way to get to know someone than dance with them on the dance floor after a few beers and a vodka shot?

All of this is coming to an end now since i´m off to the far east for an unknown amount of time. I make sure to always buy a one way ticket, so i always have the option to stay as long as i want wherever i am and take all the time i need on my new adventure. i try to give myself missions on my trips. for instance when i was hitchhiking through the Balkan countries i found myself in something called The Rainbow Gathering” (a hippie anarchist vegan naturalistic community) on the top of some isolated east Serbian mountains. after a few days figuring out whats going on in this bohemian (including me) get-together, i decided to create a sketching workshop with nude models for who ever is interested, so i began spreading the word in the gathering. next day when the time came all was a great success lots of people showed up and i found 2 really beautiful french and Israeli , man and girl, nude models who were willing to model for the group.

For my first Asia mission i´m planning to make one sketch per day in my newly bought sketch book until the pages are all full. Next time i post i´ll probably be under a palm tree in some god forsaken island drinking from a coconut with a monkey sitting beside me. or something like that.. 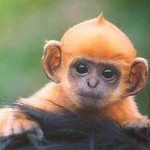